The human mind is the most sophisticated equipment that we know of. It is a thought producing device and thoughts are essentially little pockets of energy that manifest into reality. 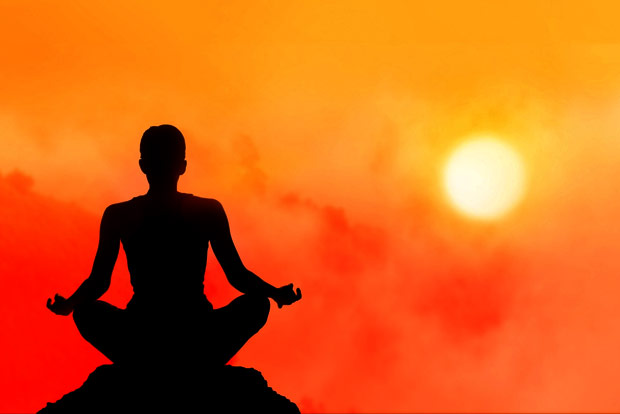 There is a story in the yogic law about a man who once went out for a long walk. While walking he accidentally wandered into paradise. Tired from the long walk he decided to take rest under a beautiful tree that was nearby.

Now with his stomach full with contentment, the man started thinking where the food and drinks came from. He thought there must be ghosts hidden nearby and they are going to come and get him. Surely the ghosts came and surrounded him. He next thought, these are evil ghosts, they are going to torture and kill me now that I have eaten their food and drinks. Well, that is exactly how the man died.

The tree under which he was resting is the mythological tree of "Kalpavriksha" found exclusively in paradise. This is the wish fulfilling tree, and so whatever he wished for started to come true. This tree is symbolic of our mind. The mind has the power to fulfill all our desires positive and negative. When we are in control of the mind, we create a reality that we desire, and when we are not in control, everything gets created accidentally.

What you Think is What you Get - This is Cosmic Mindfulness.

The human body is made of over 55 trillion cells, each cell has a brain called the nucleus and a mind of its own which is much bigger that the cell itself. If we get established in our mind and these 55 trillion minds then nothing is impossible. We can heal our body, materialize what we desire in our lives and remove all unwanted problems from our lives. Impossible is nothing.

The mind converts to cosmic mind when we learn to master it and mindfulness is how we master the mind and hence our destiny. Then we become one with the universe and that state of consciousness is is what the ancient yogis called "Aham Bhramasami" - "I am the Universe".

The process of realizing the universe within or Aham Brahmasami, begins with cosmic mindfulness.

The Causal Body - Knowledge and Belief